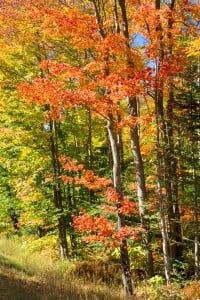 Michigan & Massachusetts are both beautiful places to live for a number of reasons. One of those reasons is its numerous, gorgeous trees. Trees are everywhere in these states; along the freeways, around commercial areas and, most prominently, in residential neighborhoods.Along with the beauty and serenity of residential trees comes the necessity of pest control. Pest control in residential areas is a must to protect homeowners from invasive, annoying, and destructive insects and other pests. One such pest, which is prevalent in Michigan residential neighborhoods and homes throughout Massachusetts, is the carpenter ant.Carpenter ants, just like many of the trees that house them, thrive in Michigan neighborhoods. In order to make sure carpenter ants do not thrive in and around your house, you must first identify them.

how to identify carpenter ants

Most people can identify carpenter ants because of their large size; typically between a quarter of an inch to an inch long. While their genus includes over 1,000 species, the black carpenter ant is the most prevalent in Michigan homes.

Identification of carpenter ants is necessary but insufficient to eliminate these pesky critters. While carpenter ants do not eat wood like termites, carpenter ants will chew wood with their mandibles and spit the wood out and deposit it in piles outside the nest.

As a result, after identifying them, one must control and eliminate these pests. To do so, it is crucial to locate the carpenter ant nest.

The following three facts will assist in locating the carpenter ant nest:

#1: there are two types of carpenter ant nests: parent colonies and satellite colonies.

Such drier areas may include insulation, hollow doors, and wall voids. Thus, even though a house’s plumbing system is flawless and no moist wood is available, a carpenter ant satellite colony may nonetheless be present. For this reason, carpenter ant activity is crucial in determining where a nest might be located despite the absence of wet materials.

#3 carpenter ant nest activity varies depending on the season.

It is common for worker carpenter ants to move between their nests and a parent colony throughout the year; however, carpenter ant activity can vary depending on the season. Commonly, winged reproductives, also known as “swarmers” can emerge from pupae which were transported to satellite colonies. These swarmers may be seen in late winter and early spring as they travel away from their satellite nest.

It is unquestionable that carpenter ant nests can be difficult to find. If you are worried that you may have a carpenter ant infestation, it is best to contact a pest control professional like our experts at proof. pest control who can assist you in finding and eliminating carpenter ants nests.

For a fast, free quote to treat carpenter ants or any other pest you’re seeing, call proof. pest control at today!

May 17
When your alarm begins blaring during the early morning hours, the first thing you want is a filling breakfast to get yo ...
VIEW ARTICLE

May 13
As you settle down for the evening, the last thing you want to see is a spider. These critters often waltz across your f ...
VIEW ARTICLE

May 3
If you have carpet beetles in your home, it can be a real challenge to get rid of them. These pesky pests can cause a lo ...
VIEW ARTICLE