5 Bugs that Look like Ticks that You Should Watch Out For!

Whether you see a small pest crawling on your leg or find them lounging on your furniture, it’s enough to scare anyone! Ticks leave behind itchy bites and can transmit dangerous diseases, so it’s important to know if you’re looking at the tiny arachnid or an imposter.

Surprisingly, there are many bugs that look like ticks, and you may mistake them for the tiny blood-sucking pests at first glance.

Check out our article, where we detail five bugs that look like ticks!

Instead of leaving bites on your skin, these tiny beetles turn toward your furniture for their next snack! 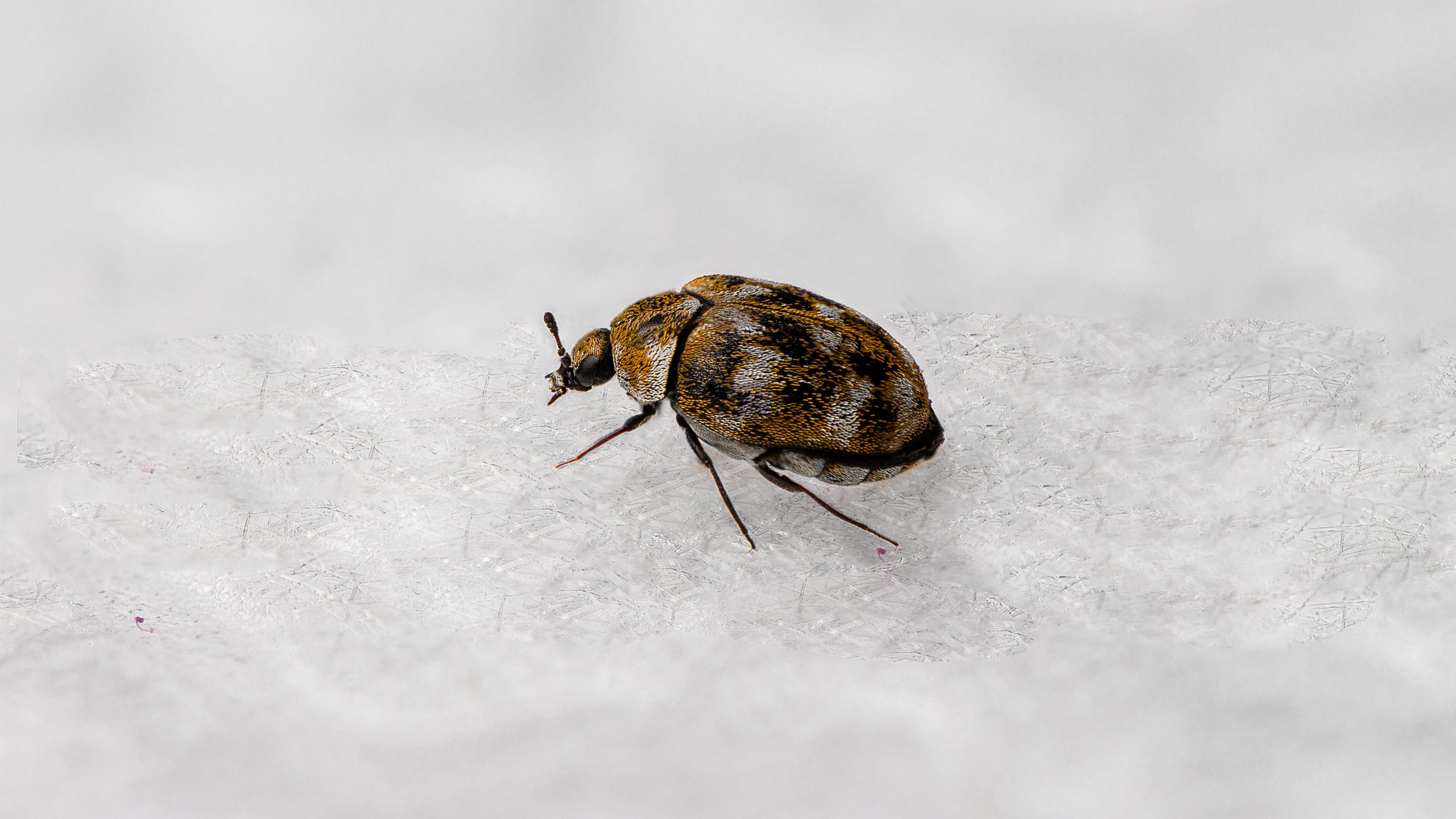 You may find them crawling around your couch or even feel them inching up your arm, but carpet beetles mean no harm. Adult carpet beetles only feed on plant matter and will not bite you like ticks.

With their similar colorations and designs, it’s easy to mistake carpet beetles for disease-spreading dog ticks. However, some slight differences may put your mind at ease.

Ticks are known for their small heads and oval-shaped bodies. Their eight legs flare out at their sides, while carpet beetles have six thin legs that hide under their bodies as they move around.

While it may be difficult to discern between these two, you can tell these pests apart if you take a closer look.

Bed bugs are other bugs that look like ticks. These pests even feed on blood like the tiny arachnids! 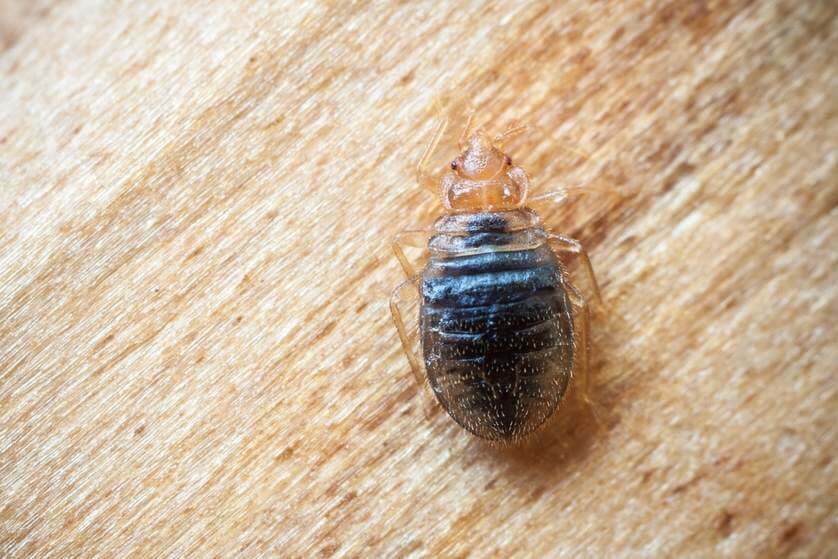 Unlike ticks, bed bugs do not spread diseases and aren’t solitary insects. While you may find a tick or two on your clothing or skin after a hike, bed bugs live together in hoards and typically retreat from their hiding spots at night to bite!

While bed bugs may look similar to ticks, these insects are much larger. Ticks aren’t usually larger than 3 millimeters, and many are very difficult to see until you feel a bite. Some tick species grow considerably larger after feeding and resemble other insects.

Adult bed bugs dwarf all tick species and grow to around 7 millimeters. While not large insects, you can typically set these pests apart by their size alone.

Because bed bugs only feed on immobile objects, it’s unlikely you’ll find one on your body. If you lift a cushion or your mattress, you can find groups of bed bugs waiting to take a bite. Ticks won’t congregate in areas like this, and you’ll only get bitten if one hitches a ride from tall grass, branches, roots, or another host like your pets.

Clover mites aren’t bugs that look like ticks in the traditional sense. Easily spotted with their bright red bodies, clover mites are hard to miss as they crawl atop your plants or inside your home. 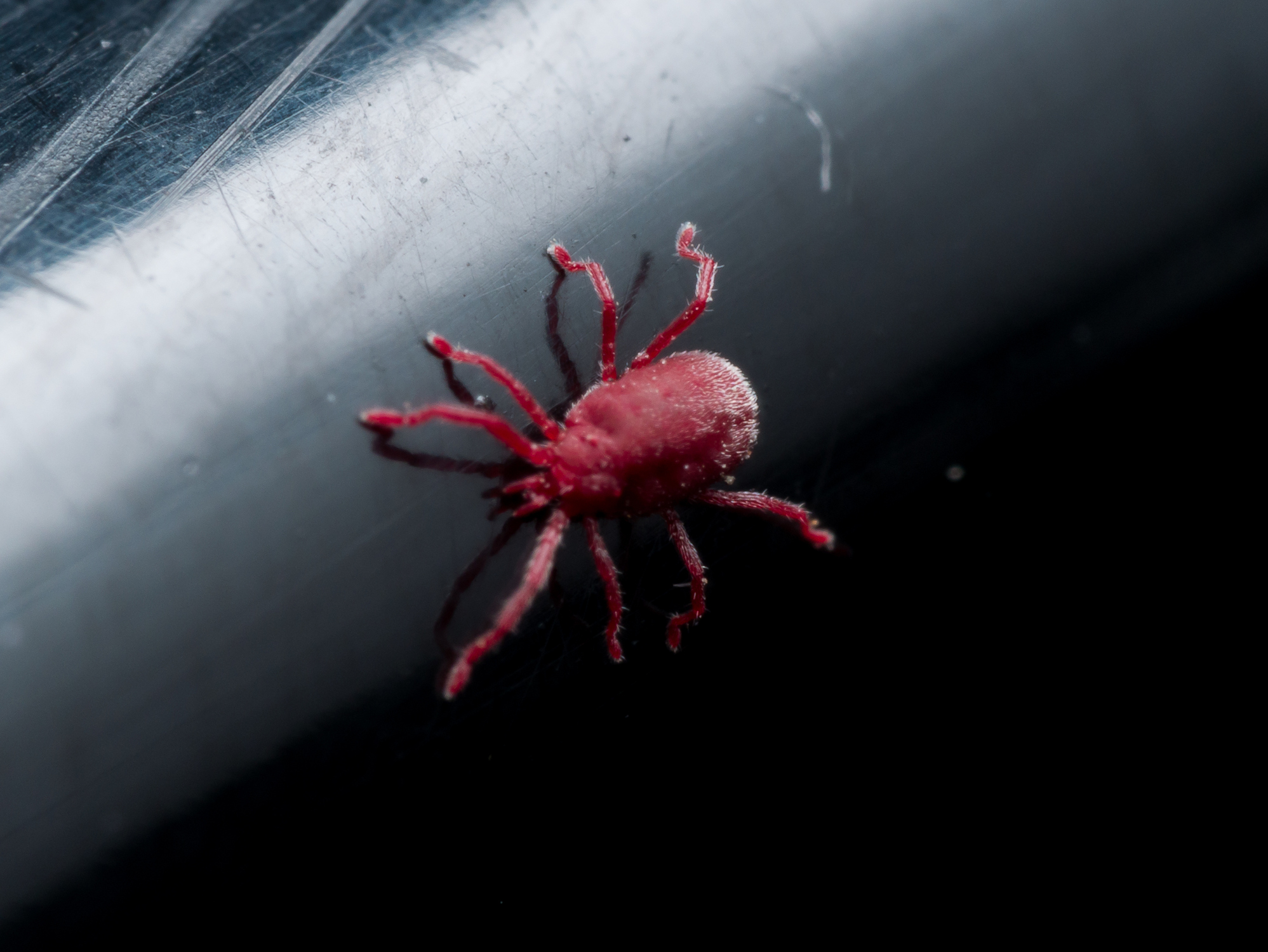 However, clover mites are similar in size to ticks, even though the latter is typically larger. When viewed from a distance, their red hue isn’t as prominent, and they may mimic the appearance of a small tick that hasn’t fed.

Clover mites aren’t a danger to you or your pets. These pests primarily infest gardens and may occasionally head indoors if you have brush near your windows or doors.

You can easily wipe these mites away if you spot them indoors or contact a pest agency to get rid of them. Don’t mistake these mites for another tiny red creature like the harvest mite. While almost impossible to see without assistance, harvest mites can latch onto your skin and create small itchy welts that last for days!

Ticks and fleas often go hand in hand, especially if you own pets. While typically tiny, you may mistake a flea for a tick at first glance. 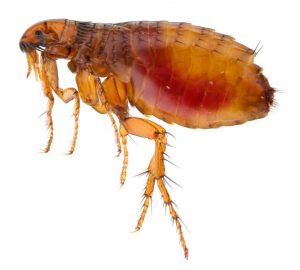 Like ticks, fleas bite you and can leave you scratching your skin for days. You’ll commonly see cats and dogs scratching at annoying flea bites, but these pests could also bother you! If you have a large infestation or sleep next to your furry friend, you could suffer from itchy bites!

Fleas may have the same color as some tick species and are as small as juvenile ticks. If you’ve caught a glimpse of bugs that look like ticks, take a look at any potential bites to tell what pest is plaguing you.

While you may have a few tick bites, at most, you’re more likely to have multiple marks from a flea infestation. Ticks often leave behind a small hole after feeding, while flea bites mimic the appearance of a typical bug bite.

Similar to ticks, fleas can transmit serious diseases to humans and animals alike. According to the Centers for Disease Control, fleas can transfer the plague or tapeworms, although these cases are rare. If you are scratched by a cat infected by cat-scratch disease, which is passed along by infected fleas, you could also become sick.

We all know ladybugs are common indoor nuisances. They swarm around your light fixtures and land on you when you least expect them!

While ladybugs are known for their bright red appearance, you can find these small beetles in almost any color! 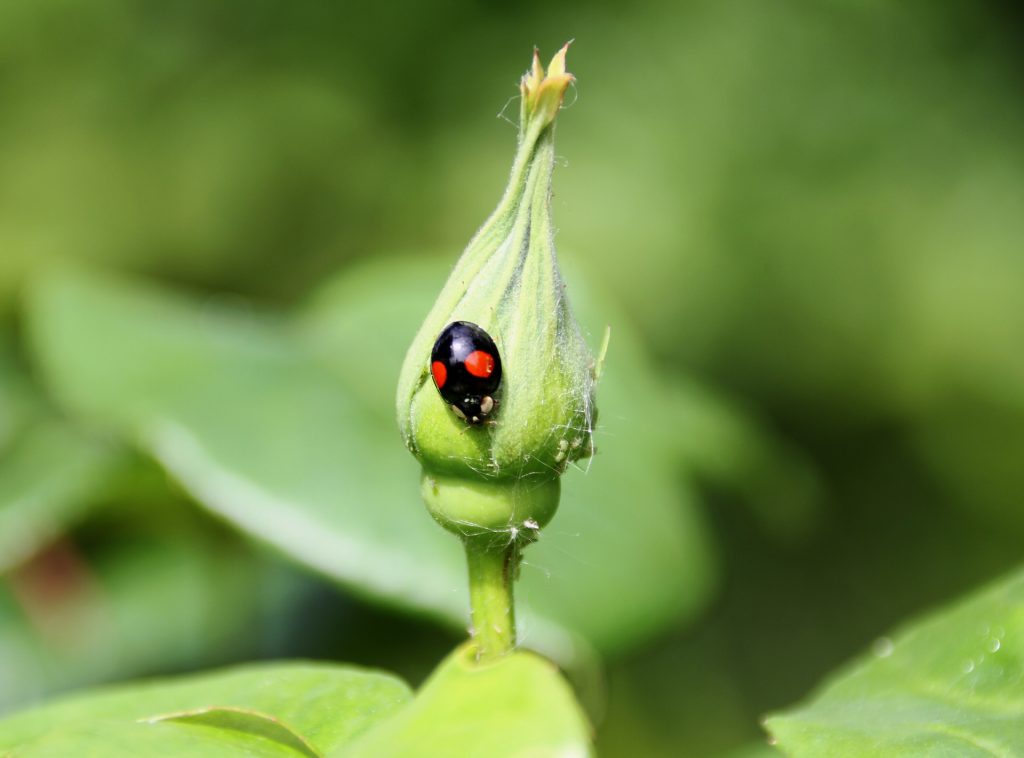 Some ladybugs are completely black, and others have white markings similar to dog ticks. The ashy gray lady beetle may look like an engorged deer tick or dog tick.

These two pests have their differences, with ladybugs’ oval bodies and shells looking much different than a tick’s rigid exoskeleton. If you see a round insect dotted with small spots, there’s a good chance you have a ladybug infestation instead of ticks!

Have Ticks (Or Bugs that Look Like Ticks?) Call proof.!

If you’re finding bugs in your home or yard, turn to a reputable pest control agency like proof. to solve the problem.

Here at proof. pest control, we offer tick, flea, and bed bug services! If you’re having trouble with beetles (like pesky carpet beetles or ladybugs), we can lend a hand.

We have specialized tick, flea, and bed bug treatments that can quickly remove these pests from your property. Whether you have ticks populating your backyard or have bugs that look like ticks roaming around your home, contact proof. to lend a hand.

Can Mosquitoes Bite Through Clothes? Our Helpful Guidance

Jun 28
Mosquitoes are a common problem for many of proof.’s clients. Whether you’re enjoying a day at the park or just spen ...
VIEW ARTICLE

4 Tips to Prevent Larder Beetles From Infesting Your Home!

Will a Bald-Faced Hornet Sting Me?

Jun 21
The bald-faced hornet is an easy insect to spot with its black and white markings. Unlike other wasp species, the bald-f ...
VIEW ARTICLE